You’ve probably heard the saying, “Two heads are better than one.” We’ve taken that to heart at Advanced Chiropractic Solutions. With four chiropractors on staff, you get the benefit of our combined expertise. Especially with difficult cases. 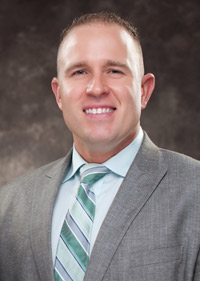 “The most complete and true health care experience known to man… I just wish I would have known what I know now!”

Growing up in a very medically based family, there was a strong push towards western medicine. Natural based cures and medicine was never introduced to me. As a high school and college athlete I have had my fair share of bumps, bruises, and misalignment. It was during my second season playing college football that I would understand where my life was headed. It literally hit me blind sided smack dab in the face. I was on the field with my head turned across my body to see the action, when out of no where BOOM!.. an oncoming 300 lb offensive lineman drove his helmet straight into my already fully rotated head. Immediately I went down, lost function of my left arm and hand, and my right one was tingling. I was in bad shape and I assumed that my season was over. NOT THE CASE. I saw the team chiropractor, got adjusted, and was back on the field at 100% by the next game. I found my calling. Chiropractic saved my life and is bringing life back to so many men, women, and children.

Family, Hobbies, and Community Involvement
I am the proud father of an 11 year old boy named Aidan, as well as two 7 year old boxers, Tex and Jackson. I was born and raised here in Lincoln, NE, and am a die hard Husker Fan. I am always looking forward to football season.

A Life Dedicated to Health and Fitness
In 2005, I Competed in the Gold’s Classic in Kansas City, MO, and finished 3rd in 2 divisions. I ran my 1st half marathon last year. I am also an avid cyclist, and participate in several organized rides every year across different states. I have aspirations of doing triathlons in the future. 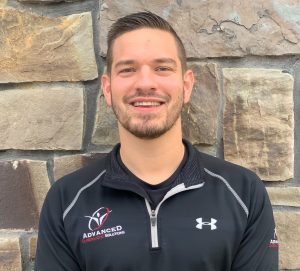 During Dr. Denison’s spare time, he enjoys playing pickleball and perfecting his chef skills in the kitchen with his love for cooking. 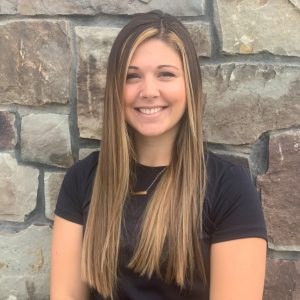 Growing up in a very active household in Michigan, it’s not a shock to learn that Dr. Preslee was a three-sport athlete who grew up outdoors. Throughout her childhood, she played softball, volleyball, and basketball. Eventually, she went on to play collegiate softball at Alma College, where Dr. Preslee double majored in Integrative Physiology and Health Science and Biochemistry. Dr. Preslee wanted to be a part of the healthcare system where she could make a more significant difference in people’s lives than just treating their symptoms, which landed her at Palmer College of Chiropractic, the first chiropractic school in the world. Not only did she continue her education at Palmer, but she was also on the women’s rugby team! Post-graduate life for Dr. Preslee outside of work consists of being with family and friends, and being outdoors whether she’s golfing, fishing, or working out.

Why Chiropractic: I wanted to be a part of the healthcare system where I could make a more significant difference in people’s lives than just treating their symptoms. With Chiropractic, I get to find the root cause of why patients are feeling the way they are, whether from a physical, emotional, or nutritional standpoint. I love my profession and the incredible people I get to meet and treat daily! 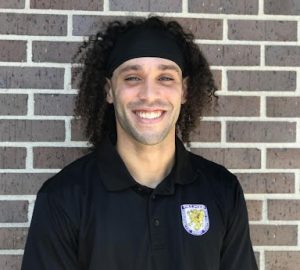 Born and raised in northern Virginia, fifteen minutes outside of Washington D.C., Dr. Brian was very active and played multiple sports throughout his childhood. He continued participating in rugby in high school, collegiate, and even during Chiropractic College! Dr. Brian’s niche is focused on sports injuries and soft tissue work to help alleviate multiple types of joint and muscle pain.

Dr. Brian knew chiropractic care was his calling when he experienced a back injury during middle school. He went to multiple physicians, and none of them could figure out what was happening at the root cause. He eventually visited a chiropractor that adjusted him and has yet to feel that back pain since. This experience truly opened his eyes to the power of chiropractic care.

Fun Fact: Dr. Brian enjoys all kinds of outdoor activities. You can find him out of the office with his two dogs or indulging in his “foodie” label by looking for a new place to eat around town! 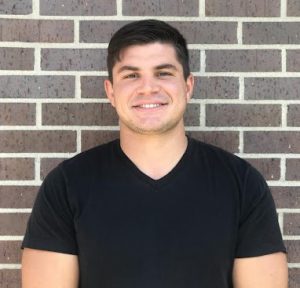 Dr. Duke grew up in a very active family in central Iowa.
He grew up playing multiple sports but found his passion in wrestling. In high school, he suffered a neck injury that kept him off the mat. He turned to his chiropractor to adjust and rehab him so he could return to competition. After this experience, Duke knew he wanted to become a chiropractor and help young athletes and people of all ages achieve their true potential.

Duke majored in kinesiology with a pre-chiropractic option at Iowa State University, where he continued his wrestling career. After graduating, he attended Palmer College of Chiropractic, receiving his doctorate while playing rugby and furthering his passion for the profession.

Fun fact: Dr. Duke has six siblings who were all homeschooled up until high school, including Dr. Duke!

Font Resize
Contrast
Accessibility by WAH
Call Us Text Us